The first issue of our Newsletter is available here to download. If you have any ideas or suggestions for material to include in upcoming issues we would be delighted to hear from you.

HOW WELL DO YOU KNOW YOUR TOWN?

Googling and reference books allowed. It will still be tricky. Hint: some of the answers can be found in back issues of Maghera Times.

a) This general drapery shop which advertised itself as a ladies’ and gents’ outfitters stood where Allie Mae’s is today.

b)  This shop was previously on the site of the catalogue shop and Rankin’s shoe shop. It was the largest drapery shop in Maghera in the ‘50s and had a ‘Cash Carrier’ which sent money to the cashier by a system of wires and pulleys.

c) A general merchants store, this shop stocked everything from timber and hardware to groceries, china and household goods. They even had a petrol pump outside. Now McKeefrey’s furniture outlet has taken over the site.

a) Around since 1961, opened by the father of the present owner, this shop has helped many people over the years. It is opposite where the old Picture House stood.

b)Known for its gifts and previously for its hardware, and founded in 1936, this shop has seen many changes. It is no longer owned by the original family but continues to keep the name. It recently had a facelift.

‘she flowed black-lick and quick under the sallies’

4. Where near Maghera would you find McCartney’s Oak?

Name the local historic buildings from the descriptions:

1. Built into the side of a hill, this stone structure was used to treat fever and pain.

‘Stuck for Words?’  with:  Sheena Wilkinson 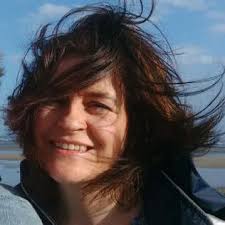 Why not try a fun creative writing workshop?

Working online with an experienced writer, you’ll have the chance to escape lockdown by travelling somewhere safe but limitless — your own imagination and memory. In these short, interactive workshops you’ll be guided to create lasting mementoes of how we’re living now, or memories of how we used to live: it’s up to you! All you need is pen and paper, an internet connection, and the willingness to have a go.

Sheena Wilkinson is hosting two virtual creative writing workshops for MHS Heritage & Culture Ltd. on Saturday 20th June and Saturday 11th July at 3.30 pm. Each workshop will be hosted on Zoom and will be about an hour and a half long. Sheena’s way of working is very relaxed and informal and she has run a creative writing event with us before based on a walk through Drumnaph Woods which was very enjoyable and inspiring.

There is no charge for taking part but it will be necessary to book your place in advance. To do this either ring the MHS Centre at 02879642677 or email us at info@maghera-heritage.org.uk ‘

For those who made not have used Zoom before- it is very easy to access- simply click on a link to join a meeting. We can discuss this with anyone who may be trying Zoom for the first time, and explain how it works.

Described as ‘one of our foremost writers’, Sheena Wilkinson has won many awards for her fiction. Her recent novels, Name upon Name, Star by Star and Hope against Hope, have been published to commemorate the Decade of Centenaries, and are coming-of-age stories set against the turbulent events of the 1910s/1920s in the North of Ireland. Sheena is a very experienced workshop facilitator in all sorts of settings from forests to prisons to universities.

Renovation work at MHS Heritage & Culture Ltds’ new premises in 11 Main Street Maghera is now well underway. We are excited about our new space and the facilities it will provide to the local community and marks the expansion of our organisation as we will be able to offer more services and embark on new projects.

When I was growing up in Maghera in the fifties and sixties we were given time off school in October, known as ‘the potato gathering holiday,’ This provided an opportunity for us children to participate in the potato harvest – that is, those of us who were willing to take up the challenge and earn some extra pocket money in the process.

On my first day in the field I was gathering for a fair-minded man called Willie Paul. The work was steady throughout the day, and with the approach of evening, Willie duly decided it was quitting time. I received from him the much-loved, and later greatly missed, little ten-bob-note. To put this into perspective, my pocket money at the time would have been one shilling, while a quality bar of chocolate would have cost sixpence. This was the first time in my life that I had earned any money and I arrived back in Maghera, after walking home with my friends, a proud boy. I decided to buy a present for my mother and purchased a small bottle of perfume for 1/6 in Bobby Martin’s Chemist shop, which left me with 8/6 – a small fortune to me.

Conditions varied greatly from farm to farm. I can recall gathering at a farm on the verge of the town on the station road with my good friend Mervyn Cochrane and other children. This was one of the hardest day’s work we ever did. I can remember gathering to meet Mervyn and the large amount of potatoes lying between us. We had to go to the house to be paid, with the two of us receiving ten shillings but with some of the younger children receiving considerably less than this, perhaps as little as five shillings. This caused a bit of a stir when some of the youngsters arrived home, with one or two of the mothers considering going to the house to protest but then, I think, they decided to grudgingly accept it.

I was keen to gather potatoes during these years, even doing so after school, walking down the Mullagh Road with my good friend William Anderson to work on Marshal’s farm. It would have been common at that time for the farmers to have cruised about Crawfordsburn on a Friday night booking gatherers for the next day. If we were heading out into the country to a farm, getting to and from the field was, on occasion, verging on the comical. I was often amazed at how many gatherers could be transported safely in the back of a mini-van.

We gathered the potatoes into a large wooden creel, which two of us could lift, moving it forward of the potatoes yet to be gathered. It was wise to take time to scrape the muck off it as we worked, keeping it as light as possible. If the potatoes were being transferred from the creel to the bag that would have been the wrong time to share a joke, as this could have meant the potatoes toppling down the side of the bag instead of into it!

The small grey Massey Ferguson tractor was popular amongst the farming community in Maghera at that time – even for taking the wife into town to do a bit of shopping. This tractor, with a digger attached, dug the potatoes for us to gather. Once a drill had been dug, if the farmer was in no great hurry, he waited until we had gathered it all before digging the next one. This allowed us to have a short break before resuming work. Alternatively, if the farmer was in a more determined mood, he would have been digging the next drill while we were still gathering the previous one, what we would have referred to as ‘digging two ways’. This, of course, meant no break for us between one drill and the next.

I previously mentioned about the difference in conditions from farm to farm – a difference I still remember to this day. One pleasant day still stands out in my mind, I was gathering for Linton in the townland of Grillagh, and we were gathering ‘blues’. The pace was leisurely and the countryside was peaceful. As we gathered the potatoes they were placed in a heap forming a neat line. They were then protected from the weather by soil and straw. This process was known as pitting. The ‘blue’ potato was well liked and more common at that time than it is today – rather like a plain white unsliced loaf with a hard top and no wrapping paper! It was good to eat and, not being too small, easier to gather. In the middle of the day the woman of the house brought the food to the field in a large basket. I can remember so well the delicious egg and onion sandwiches we had that day along with the good strong mug of tea. It was almost like having a picnic. I received twelve shillings and sixpence for that day’s work. For a young gatherer like myself this was as good as it got.

Welcome to WordPress. This is your first post. Edit or delete it, then start writing!